A tribute to Buddy Holly and rock n roll

My first ever memory is laying next to an electric guitar that was laid on my parents bed so I could hit the strings.

Hi, my name is Phil Ball

I played in bands through school and did all sorts of shows and concerts back then, most of the time using my first electric guitar – a Squier Bullet. 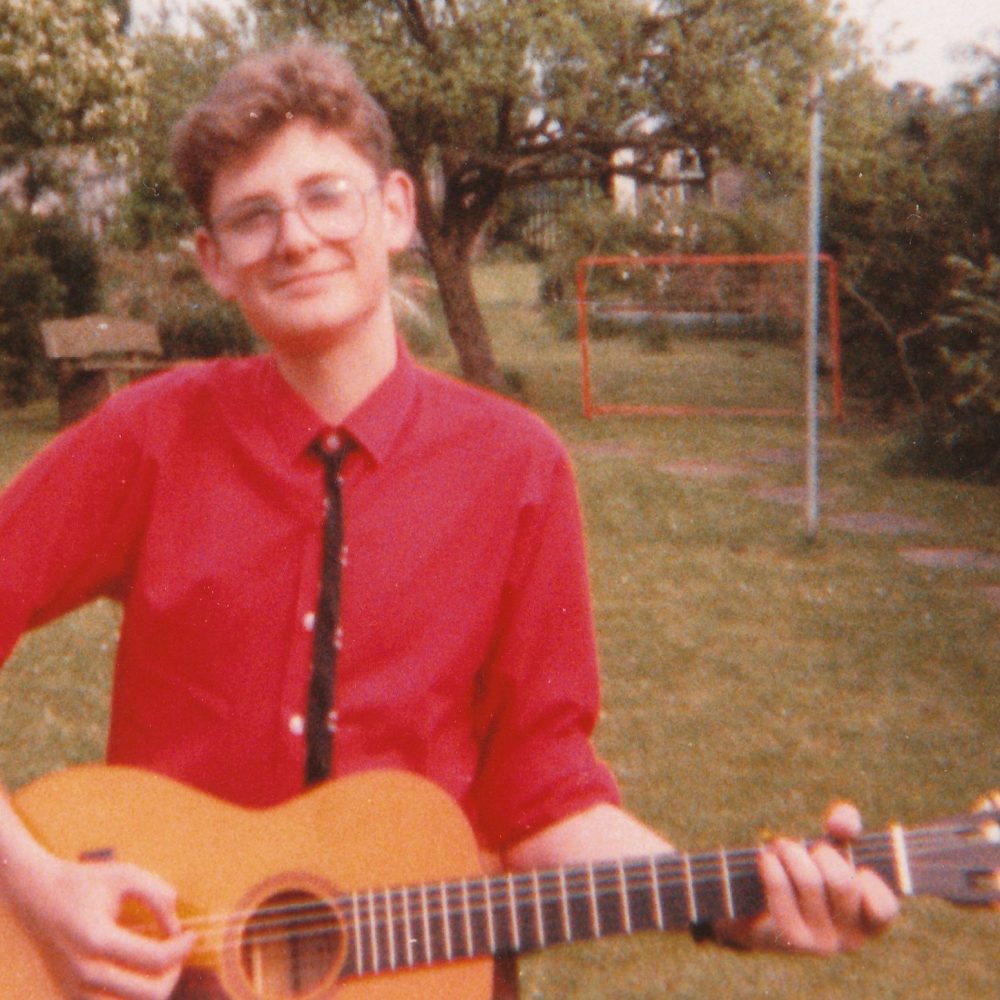 It was around 1986 that I saw a red Fender Stratocaster hanging in the window of a local music shop. I managed to convince my dad that he should buy it and let me pay him back. It was a Japanese 1986 Standard, and was £288! – I still have it to this day, and It plays fantastic.

My first ‘pro’ band was ‘Box Clever’. We toured all over the UK. Eventually it became a mixture of fun and tension as I began to try and introduce my own songs into the set. It was my first taste of trying to ‘make it’ – we recorded with UB40’s Producer, performed for BBC Pebble Mill and even got Radio 1 airplay.

The next logical step was my own band. ‘Rare Breed’ was formed as a four piece, and then moved back to a three piece – guitar bass and drums. This was to be my prefered setup for a long time. The band ran for around four years, performing both cover versions and my own songs. Once more my songs had radio airplay, but nothing ever came close to getting my material out there.

I started to realise that the next move had to be to London. If I could only find a band working in the capital, I might get a break!

I moved to London in 1999 and began to setup a home studio in a bedroom. Even in these unsuitable conditions, I began to see that I had a skill in recording and production. After only six months, I moved house once more into Essex. This was the only way of being close to London, but being able to afford a house with the room for a pro studio.

The move to Essex proved to be the correct one. Within months, I had joined the covers band ‘Rock Solid’.

Through other musical contacts, I met Joe Pasquale, and quickly formed a friendship that saw me giving Joe a few guitar lessons, and him using the studio for some voice-over work and song recording.

This was to be the pattern of things to come, with the studio getting more of my time than my own songs. I even formed the fabulous band ‘Job Done’ to perform my own material, and although we performed and recorded, I was guilty of not putting the time into pushing my own music.

Having started to gain a lot of PA and recording work, I decided to go back to college, and studied for a NOCN level 3 in sound engineering and music production. I passed with a distinction!

In the studio, I have been lucky enough to have found some very talented musicians to form a ‘house band’ who can be called in to make a ready-made band for singers/songwriters who want material performed with a band.

Phil is part of ‘Digital Daughter’ – a studio-based project with Sally Jane-Hurst which has seen BBC radio play.

Phil is still actively writing and recording, And performing rock & roll all over the UK.

Keep up to date by following Phil Ball on his social networks.